Share a memory
Tribute & Services
Tribute Wall
Read more about the life story of Ms. Veronica and share your memory.

Veronica V. Pendergrass was born on October 18, 1965, in the Bronx, NY to the late Willie Pendergrass and Earline Edwards. She departed this earthly life on Saturday, November 19, 2022.

At an early age, they moved to North Carolina, where Veronica was raised with ten siblings. Veronica attended school in Fairmont, NC, until she was in the 8th grade. On October 14, 1981, Veronica played on a championship volleyball team at Samarkand Manor. She later went on to complete her GED at Job Corps. She worked at Badger Sportswear in Fairmont, NC many years. There, she played on the company’s softball team and built cohesion among fellow employees. She also worked at Kayser-Roth in Lumberton, NC, for many years.

To cherish her memories, Veronica leaves a son, Jamie Pendergrass, a daughter-in-law Melissa Pendergrass; three grandchildren, Kenyza Pendergrass, Naomi Pendergrass, and Nehemiah Pendergrass; one sister Alexsondria Green, a brother-in-law Fredrick Green; four brothers Linwood Edwards, Tony Edwards, Jeffrey Edwards, Stephen Edwards, one sister-in-law Katie Edwards, and a host of nieces, nephews, other relatives, and friends. Veronica will be missed by so many who loved and knew her.

If kids could choose their grandmas, The first thing I would do is say you’re taken… Or else they would pick you. Love, Naomi Pendergrass

I enjoyed the times we spent together, From the laughter to dinner on your birthdays. I love you, Kenyza Pendergrass

You will be missed, And this all happened way too soon. Hugs, Nehemiah Pendergrass

To send flowers to the family or plant a tree in memory of Ms. Veronica Viola Pendergrass, please visit our floral store. 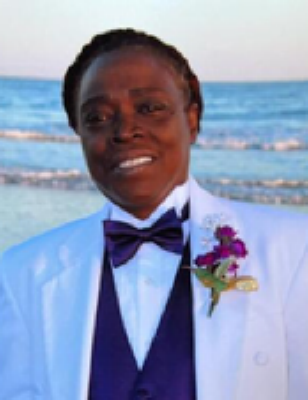 You can still show your support by sending flowers directly to the family, or by planting a memorial tree in the memory of Ms. Veronica Viola Pendergrass