Share a memory
Tribute & Services
Tribute Wall
Read more about the life story of Mr. Steve and share your memory.

Mr. Steve Baldwin the son of the late Lurcell Baldwin and Pecolia Moore Baldwin was born on September 9, 1949 in Robeson County, North Carolina. He was called from labor to reward on Sunday November 20, 2022 at Green Brier in Fairmont, North Carolina.
Steve knew the Lord and quoted the scriptures. Steve was a family man and friend to anyone in the community that needed a helping hand. Steve worked for the Public Schools of Robeson County for 27 years. He was a landscaper for many years. On his down time he like to play cards and spend time with his boys.
Yes Steve was a hard man, but he had a heart of Gold, however if someone needed him he was always there. Whether it was food, a ride, money. Grass cut or a limb cut he was always there. He opened his home to anyone who ever needed a place and never put a time limit on the stay in his home. He never took a penny for their stay and always made sure they had everything they needed.
Steve was preceded in death by his parents Lurcell and Pecolia Baldwin, three brothers, Luther Baldwin, Randolph Baldwin and Purcell Baldwin, four sisters, Dolitha Taylor, Joyce Ann Lewis, Cynthia McDowell and Jane Katherine Jackson.
Steve will forever be loved and remember by his loving wife of 39 years, Mrs. Pamela A. Baldwin, two spoiled daughters, Melinda Sherrease McCoy (Rev. Jerry McCoy Sr.) and Tiahamika Baldwin, one super spoiled grandson, Jerry L. McCoy Jr., three sisters, Margaret Ann Pittman of Mahattan, NY, Pattie Campbell and Carrie Baldwin of Fairmont, NC, three brothers, Wilbert Baldwin (Denise) of Poconos, Florida, Winston Baldwin (Mary Wright) of Fairmont, NC and Luster Baldwin of Lumberton, NC, seven sister-in-laws, Denise Lyon (Tommy), Donna Moody, Sabrina Coleman, Vivian Shull, Linda Baldwin and Alice Baldwin all of Fairmont, NC and Lashaunda Coleman of Hope Mills, NC, three brother-in-laws, Daniel Jackson, Randy McDowell and Nathaniel Taylor all of Fairmont, NC, two god daughters, Alicia Galloway of Lumberton, NC and Azaria Bethea of Fairmont, NC, a special adopted son, Michael McKoy of Lumberton, NC, a host of nieces and nephews, relatives and friends.

To send flowers to the family or plant a tree in memory of Mr. Steve Baldwin, please visit our floral store. 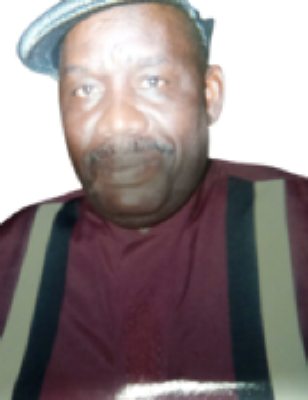